Having reported one of the strongest population growths in Quebec between 2016 and 2019, the City of Carignan seized the opportunity afforded by the “Faubourg Carignan” real estate project to move into more spacious premises.

The real estate developer Group March mandated Conceptum to design the layout of the new City Hall. By moving to the “Faubourg Carignan”, City Hall now enjoys a location that is more visible to residents, on one of the main Montérégie arteries, Chambly Road.

To design a space adapted to the needs of its citizens and the work carried out by its municipal employees, we drew our main inspiration from the City’s visual identity: an angular logo showing an aerial view of the city and evoking nature with its tagline “Connected through Nature”. We also reused the City’s colors: an organic green and a deep ocean blue that underline the importance of the environment and the protection of Carignan’s waterways.

The reception area, open to the public, is streamlined with its exposed ceiling and polished concrete floor. The wood finish desks and wall with touches of lichens warm up the space and make it welcoming.

In the work areas, the floor coverings steal the show: unexpected plays of patterns and textures create a landscape effect. With its color scheme ranging from natural to neutral, these rugs bring to mind a sense of calm, earthiness, moss-covered stone as well as the stone of urban buildings. As in most urban spaces where people instinctively aspire to nature, this analogy is also present here: the concrete gives way to green carpets to create herbaceous bubbles within the workspaces. 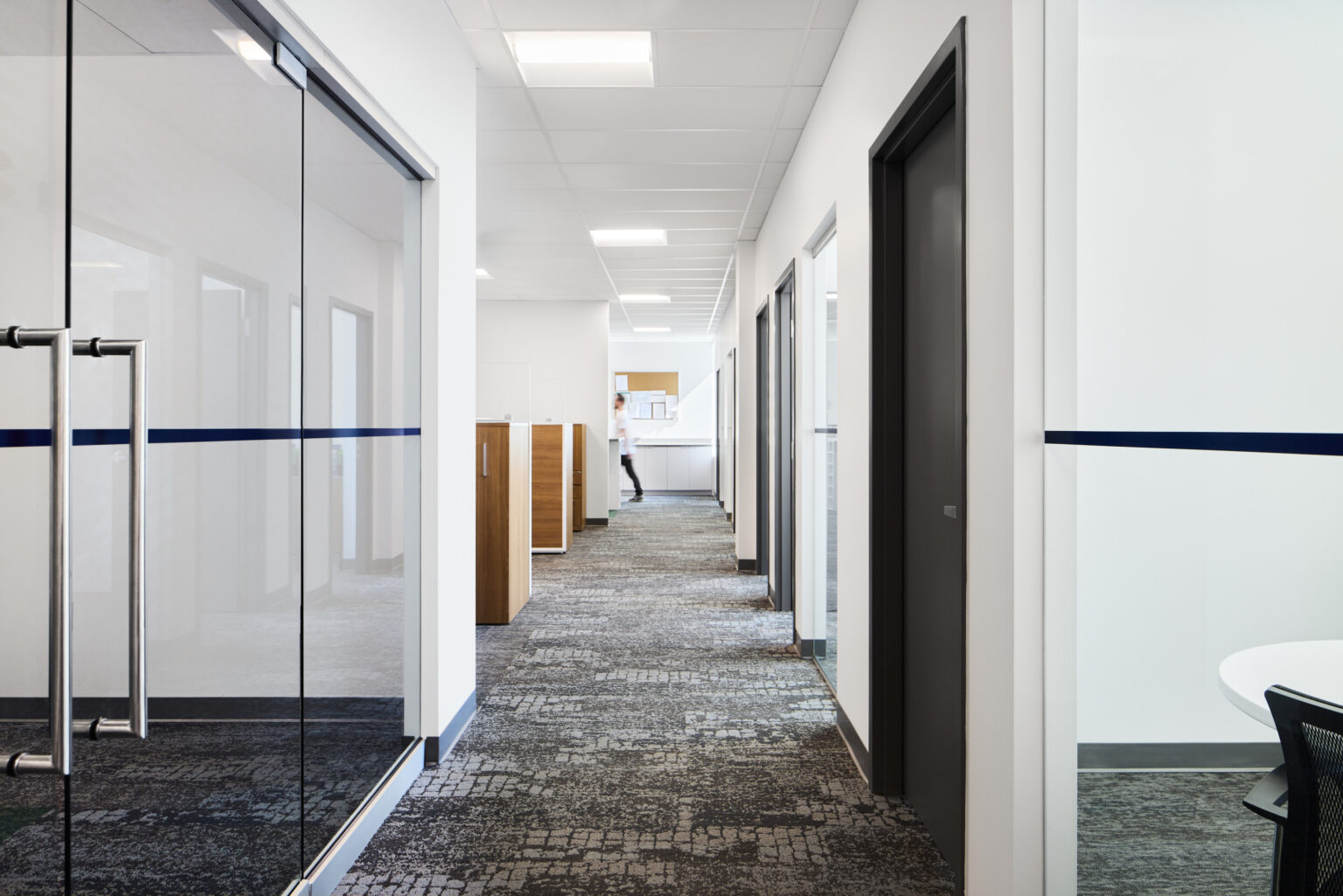 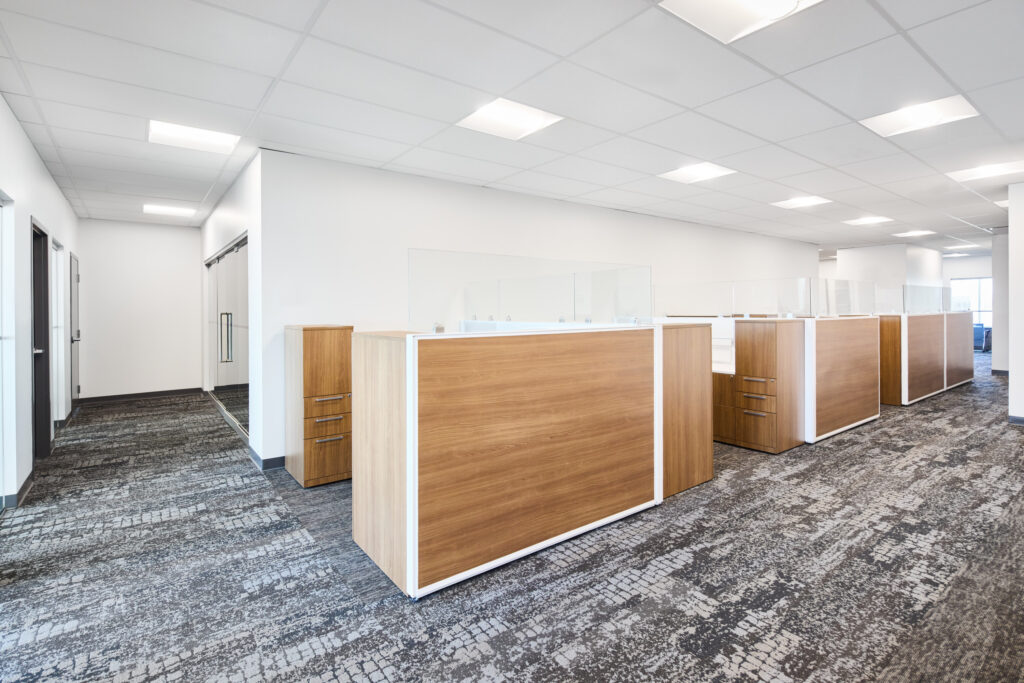 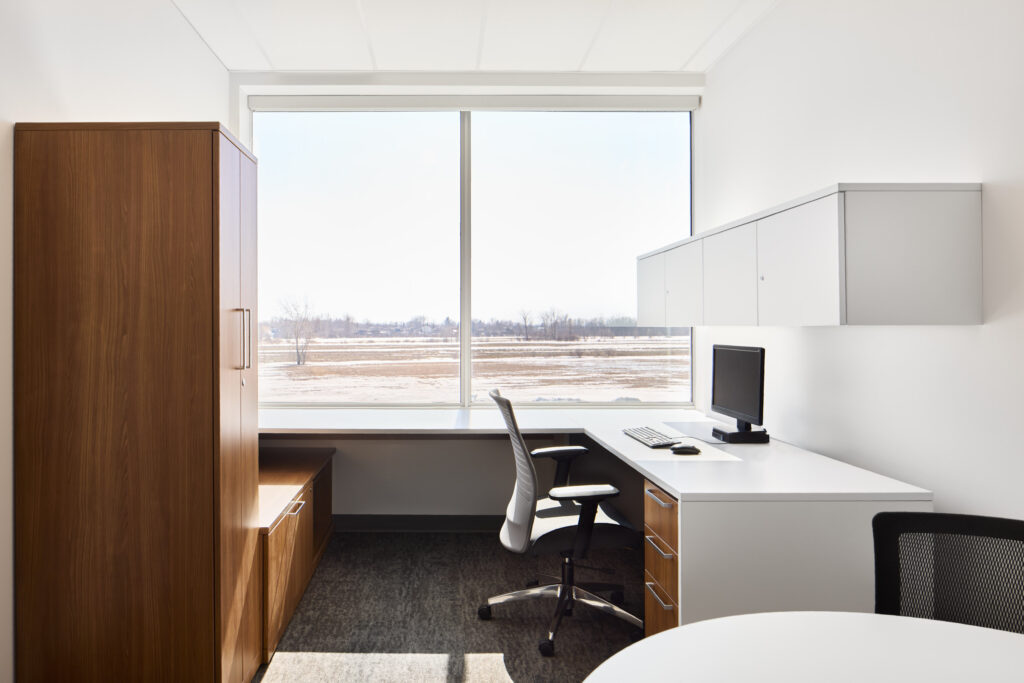 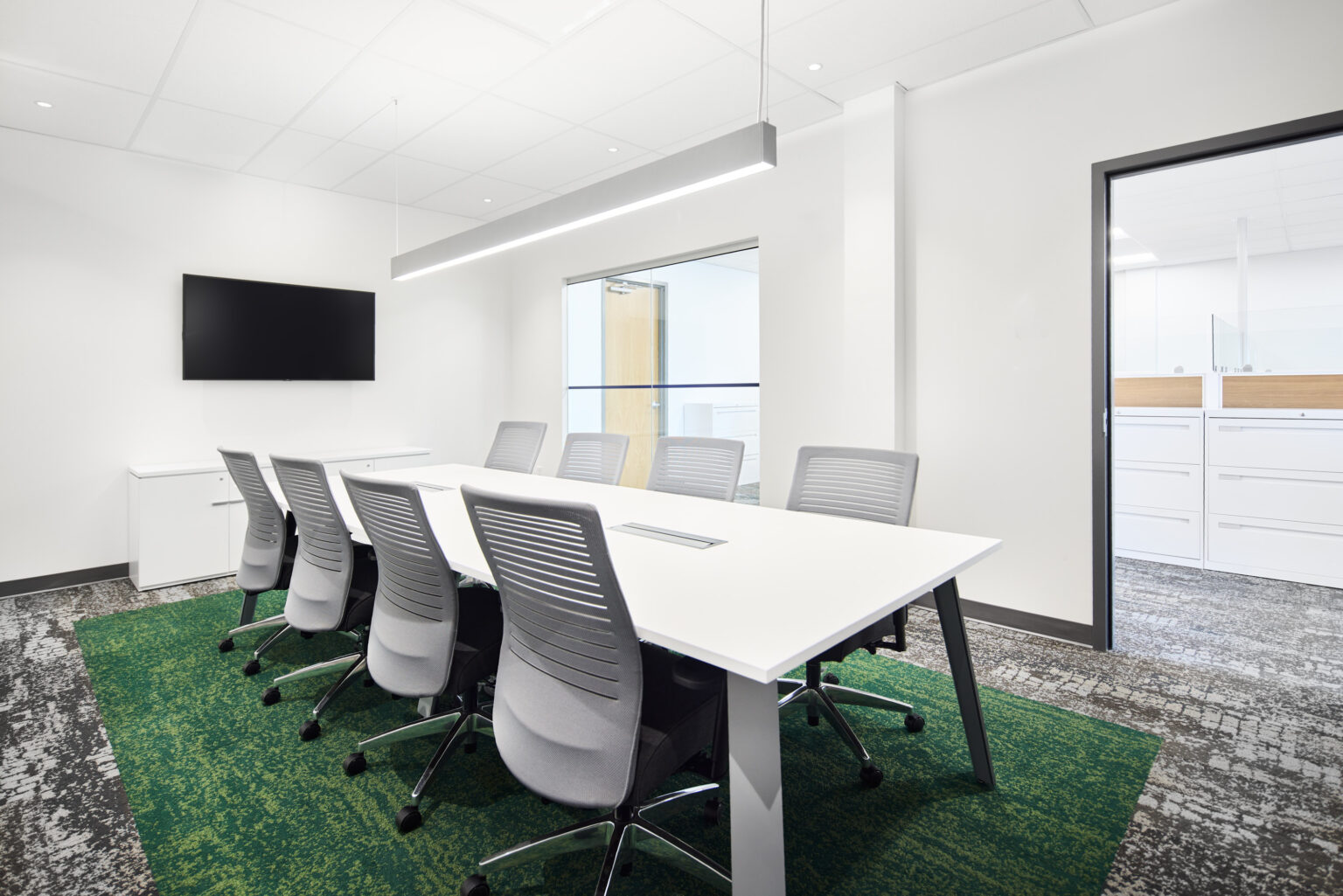 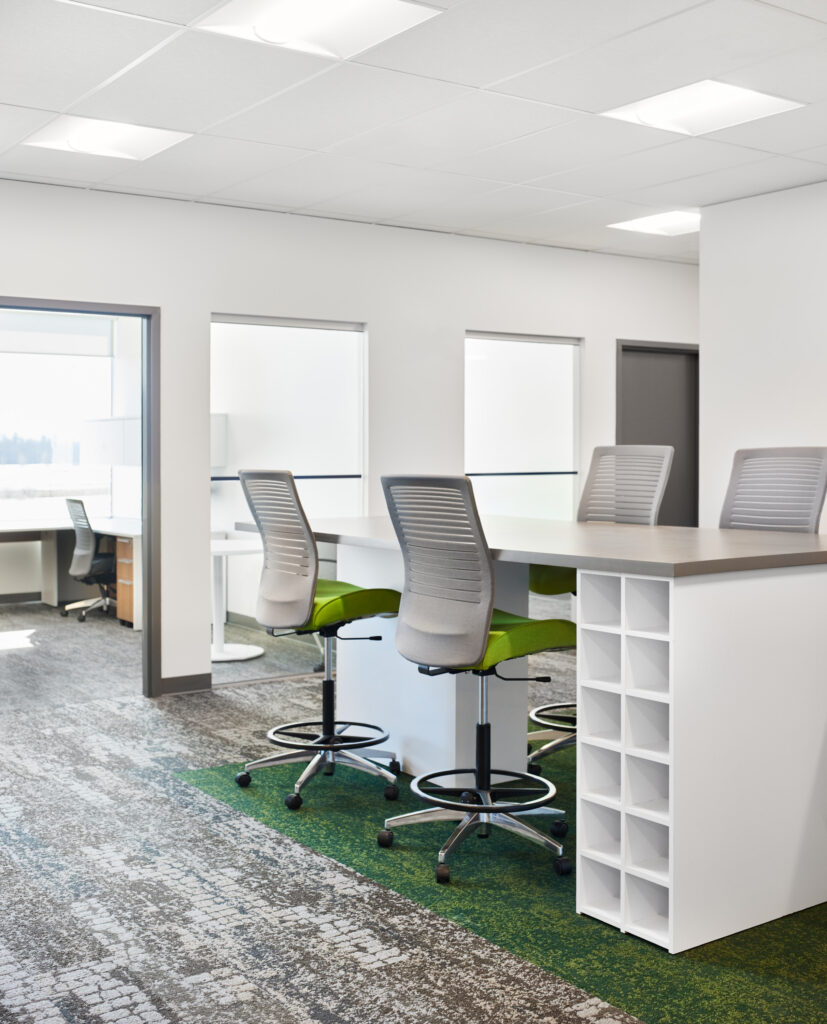 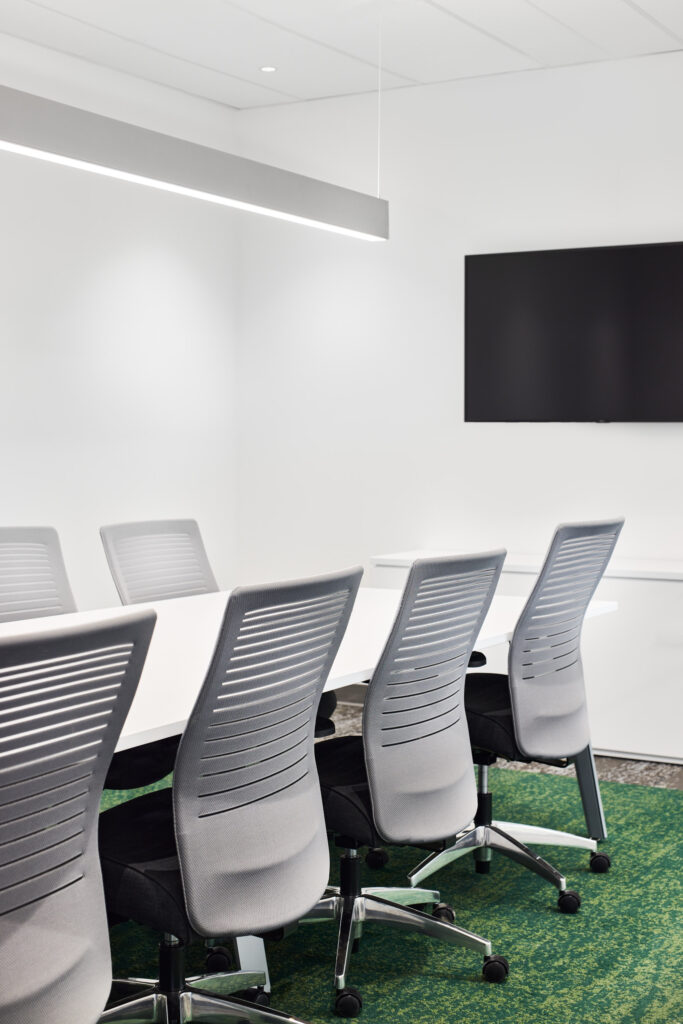 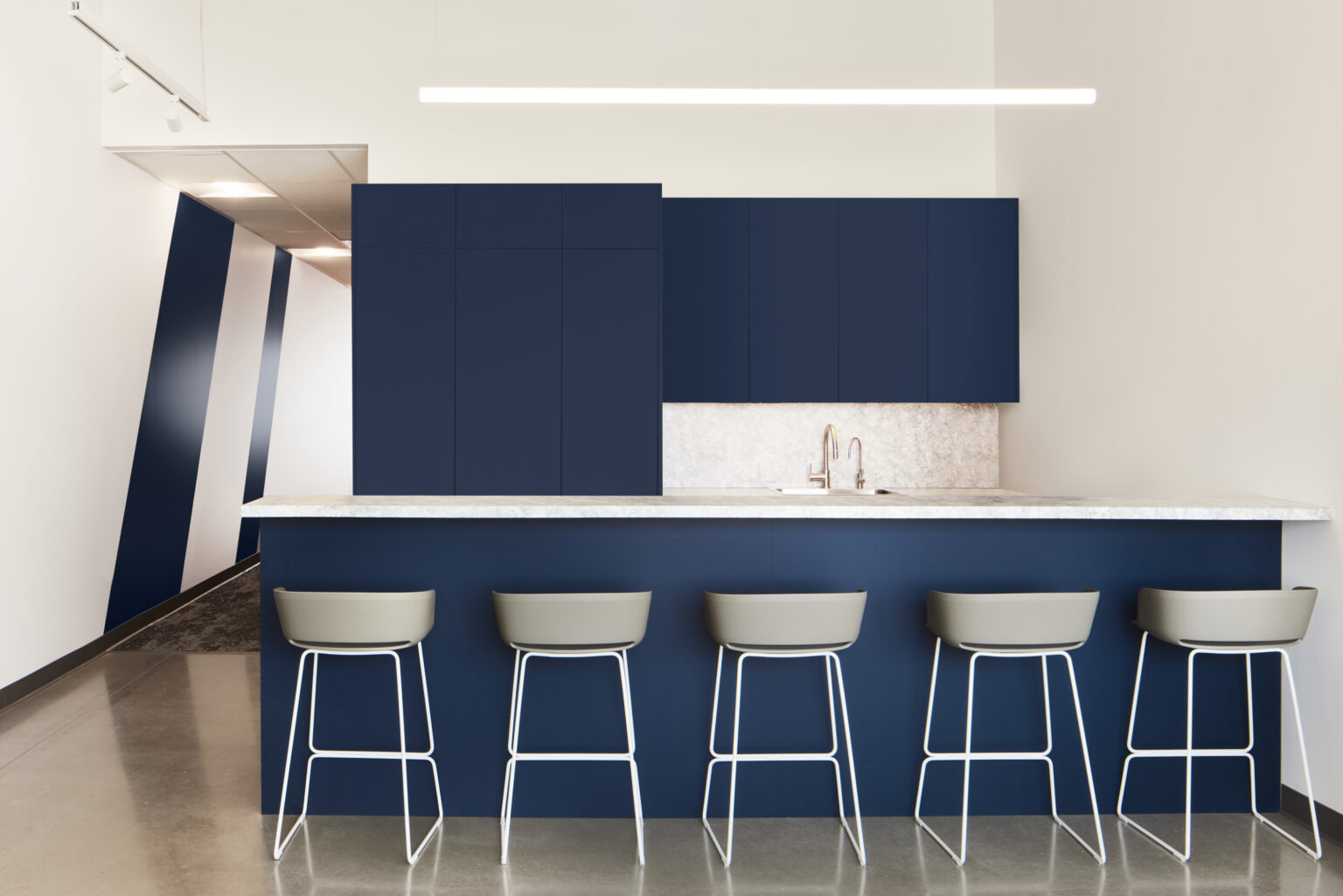 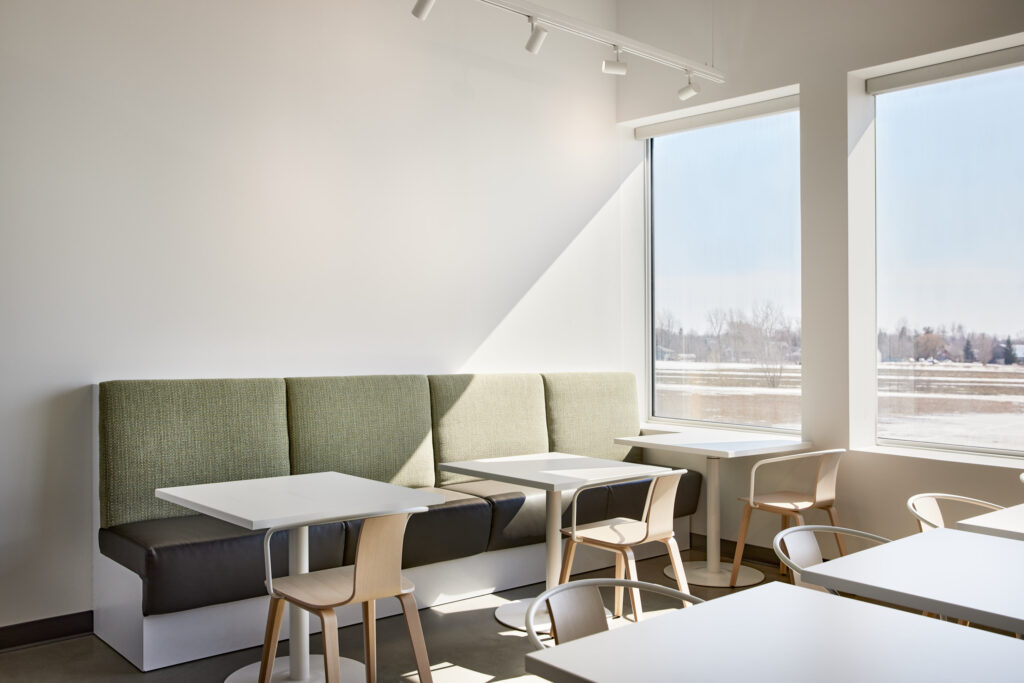 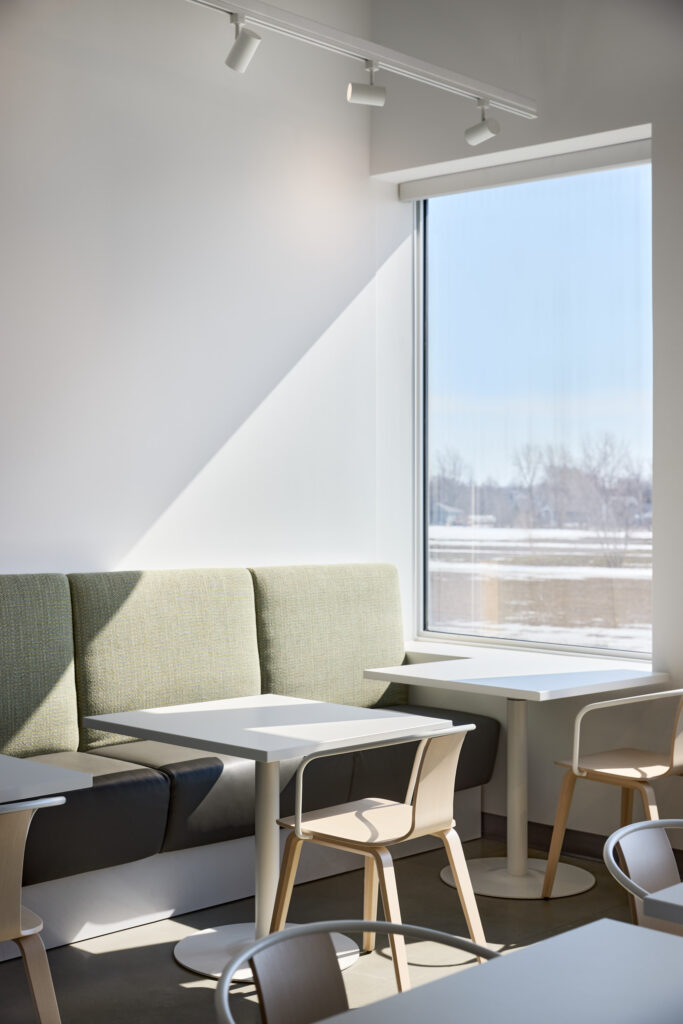 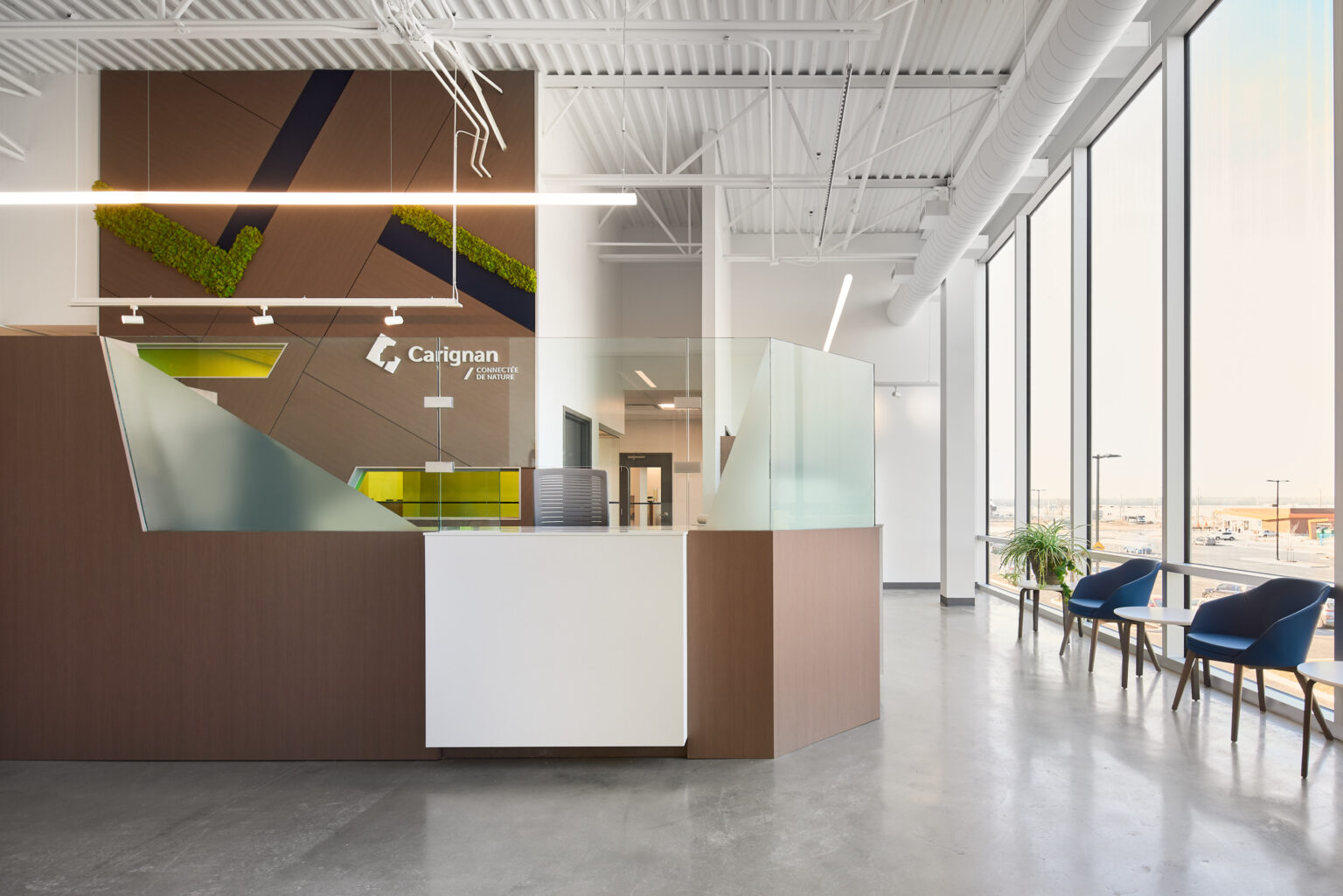 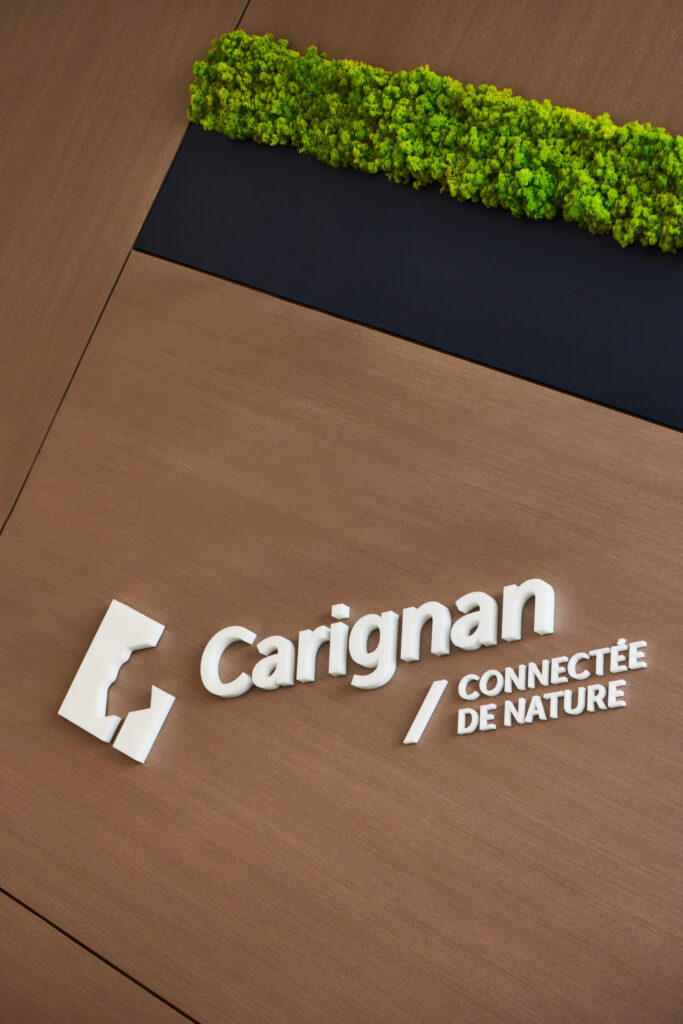 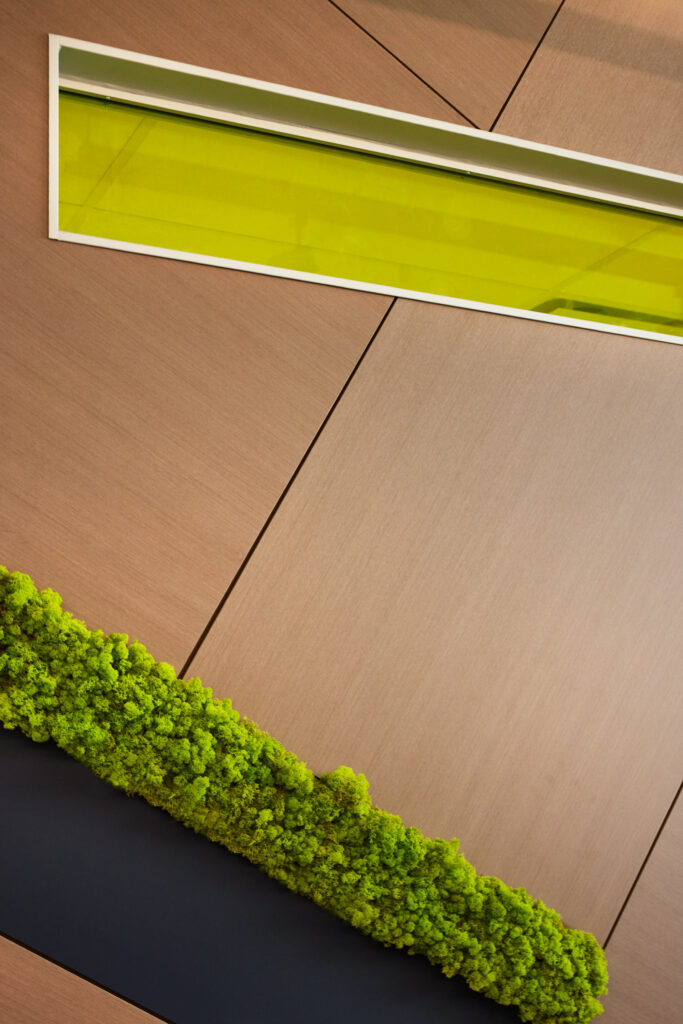 Have a question? We have answers!